What is the synthetic raw material of waterborne PU resin?

Polyisocyanates, commonly used in the class are aromatic diisocyanates, including TDI, MDI; aliphatic diisocyanate HDI and alicyclic diisocyanate IPDI, HMDI and the like. The mechanical function of aromatic PU is better, but because of the presence of benzene ring, it is not resistant to yellowing and its heat activation temperature is high, which limits its application scale. The aliphatic or alicyclic PU has better hydrolysis resistance and storage temperature than aromatic polyurethane, and has excellent yellowing resistance. High quality waterborne PU resins are generally composed of aliphatic or alicyclic isocyanates.

Macromolecular Polyol: The macropolyol used for the composition of the aqueous PU resin is mainly a polyether polyol, a polyester polyol, a polyethylene glycol, a polytetrahydrofuran ether, a polyester amide, an acrylic polyol, and the like. In the middle, the ether group in the polyether polyurethane is easy to rotate, has good flexibility, has good low temperature function, and the ether group is not easily hydrolyzed, and the water resistance is superior to the polyester polyurethane. However, since the polyester itself has poor hydrolysis resistance, the polyester-based water-based polyurethane obtained by a general raw material has a relatively short storage period.

Chain extender: small molecule chain extender is 1,4-butanediol, ethylene glycol, oxalic acid alcohol, ethylenediamine, etc. The hydrophilic chain extender is a chain extension of the terminal isocyanate and polyurethane prepolymer. At the same time, a substance introducing a hydrophilic group is classified into an anionic type, a cationic type, and a nonionic type, and commonly used are dimethylolpropionic acid (DMPA), sodium ethanediaminoethanesulfonate, and diethylenetriamine. , methyl diethanolamine, and the like. These structures generally have a carboxyl group, a sulfonic acid group or a secondary amino group. When the side chain is attached to the polyurethane molecular chain, the PU segment has a functional group capable of being ionized. 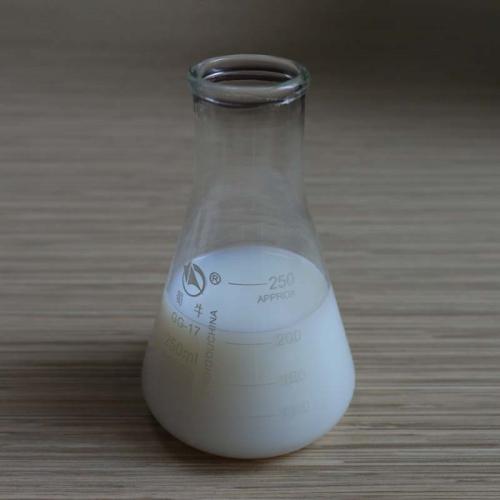 Neutralizer: also known as a salting agent, which can react a group such as a carboxyl group or a sulfonic acid group with a reagent which constitutes a polymer salt or may form an ionic group. The neutralizing agent used in the anionic water-based PU mainly includes triethylamine, ammonia water, sodium hydroxide, etc., and the neutralizing agent used for the cationic water-based PU mainly includes acetic acid, CH3I, epichlorohydrin and the like.

Solvent: The commonly used solvent is acetone, because the viscosity of the aqueous PU will increase during the reaction, resulting in difficulty in mixing and insufficient response. Adding acetone to lower the viscosity will facilitate the mixing and make the response more abundant. The acetone has a low boiling point, and the acetone in the aqueous PU can be removed after the composition.